An overnight astrophotography shoot at the beautiful Langorse lake. 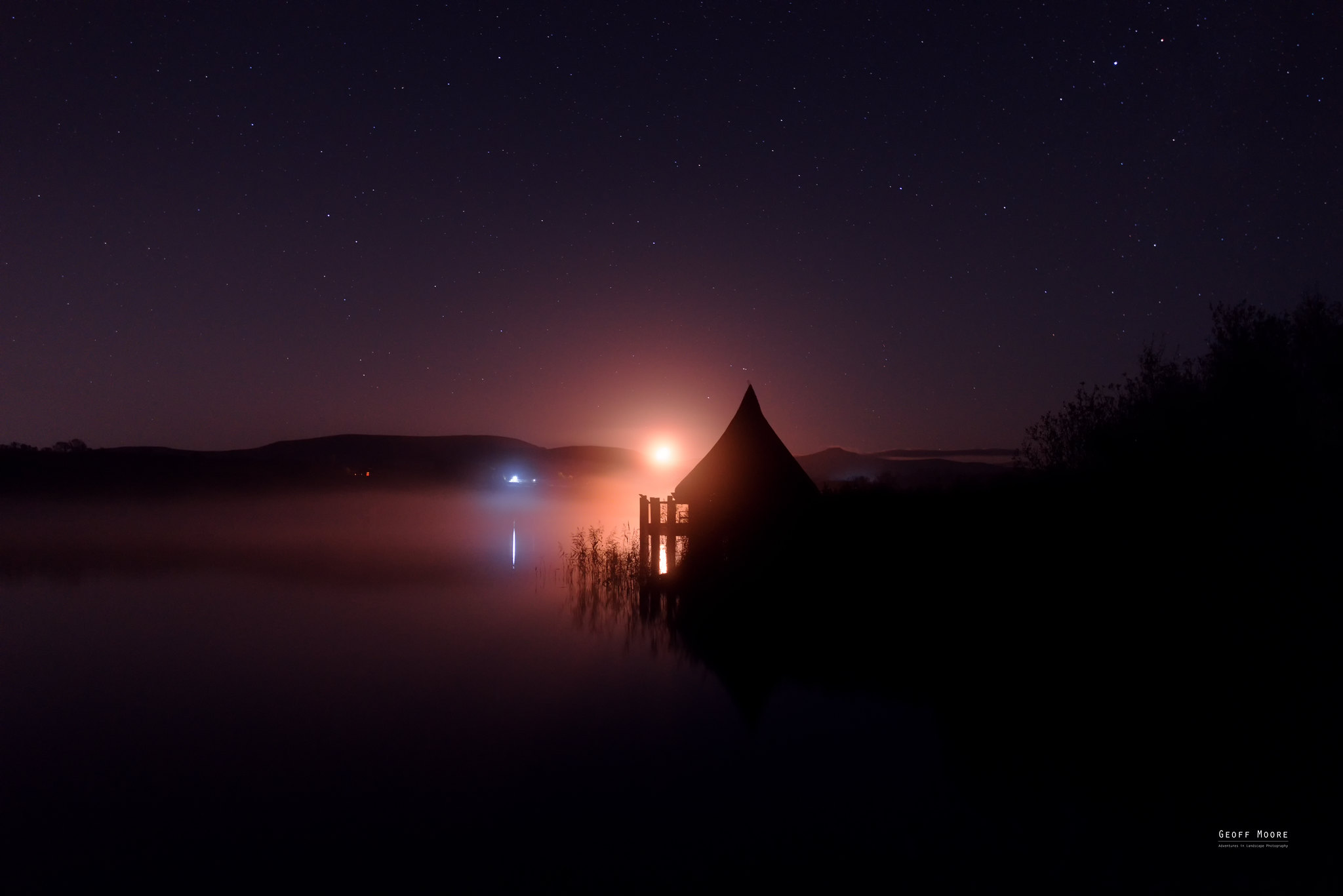 Returning to Langorse for a 2nd time was quite an experience, you see, Langorse was my first adventure with Mark over two years ago and one that really cemented my love for astrophotography nightscapes and landscape photography in general. It was a location where by I experienced for the first time truly dark skies and had opportunity to photograph several compositions and subjects with relative ease of access. But more so, it marked the start of a friendship that has grown beyond just photography, a photographic partnership where both Mark and I have a unique perspective on a subject and although both often end up photographing the same subject we rarely produce two images that are similar.

The drive down to Langorse was typical, an early start or late one depending on how you look at the time of day or night in this case. Upon our arrival and pulling up at the car park a mere 50 meters from the lakes shore, we could ready see that the the Moon was starting to set over the horizon as the evening mist and fog was starting to form on the lake

As the darkness progressed the stars were in full show with  the late blue hour ebbed away, starting astronomical twilight The silhouette of the Crannog watched on...

A crannog (/ˈkrænəɡ/; Irish: crannóg [ˈkɾˠan̪ˠoːɡ]; Scottish Gaelic: crannag [ˈkʰɾan̪ˠak]) is typically a partially or entirely artificial island, usually built in lakes, rivers and estuarine waters of Scotland, Wales, and Ireland. Llangorse Lake is the largest natural lake in South Wales, and is situated in the Brecon Beacons National Park, near to the town of Brecon and the village of Llangors

Other Images from this adventure

Back To The Stars